THE BIRTH OF COMMANDO KRAV MAGA

Shortly after the Yom Kippur War in the 1970s Moni Aizik, a member of one of Israel’s elite Commando units, experimented with the existing military hand to hand combat system. Through realistic field testing, Moni evolved the system and created Commando Krav Maga. CKM is considered by many experts to be the most evolved and effective Israeli hand to hand combat system in the world. CKM prepares you for the unexpected with techniques that can be utilized effectively under pressure. Commando Krav Maga is not a traditional or sport- based martial art. There are not competitions, rules and regulations. Instead CKM is a reality based system designed for primary goal of survival. Combat in the street is completely unpredictable. There are no rules. there are no referees to stop a fight. Most important: There is no honor code as anything can happen. The CKM solution: Think like a Commando. Engage the enemy only if there is no other choice, but if you must then exploit his weaknesses to create maximum damage as quickly as possible. Then rapidly disengage before a weapon is introduced or if his friends come to jump in. The goal is simple: Survival.

Commando Krav Maga’s Highly effective tactics and techniques are built upon a foundation of key concepts for survival: Engage/disengage In a street fight there is no rules or referee stoppages. Staying engaged with your attacker and trying to punish him can be fatal. At any time the attacker can pull out a concealed weapon or his friends may jump in . This is why one or the key concepts in CKM is to disengage whenever you can but if you have no choice. immediately engage to create as much damage as quickly as possible then disengage to safety. The what-ifs. In order to train realistically , you need to implement the what-if mindset by putting yourself in the attacker’s shoes. As the street is unpredictable , you need to consider the different variables. ” What if the attacker is bigger, stronger or faster ?”, ” What if the attacker moves from one attack to another?”, “What if attacker’s friend jump in to help him?”. “What if the attacker is carrying a concealed weapon?” By internalizing the what-if mentality, you will develop the proper mindset to always prepare for the worst. Adaptation. In CKM , you are trained to adapt quickly to the changing environment under the realistic scenarios. After perfecting your skills through progressive practice, you must test yourself under the most stressful and dynamic conditions. Simplicity is genius. Any techniques that requires more than 2 gross motor skills is extremely difficult to perform under stress. In Commando Krav Maga most of the tactics were designed to be simple and universal so that you don’t have to think about the move under stress.

In CKM, when you train, you train for real- to survive in the street. During training ,attack scenarios are simulated to be as realistic as possible. To maximize your street survival skills so you can perform under stress, CKM drills are progressive so that the techniques are built into your muscle memory and become part of you. As you progress in Commando Krav Maga , the level or intensity becomes increasingly demanding both physically and mentally. 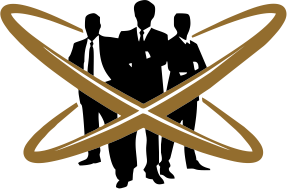